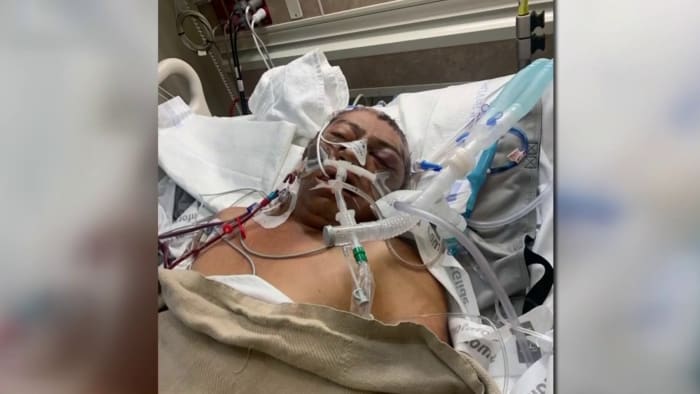 HOUSTON – Nicolas Vasquez is fighting for his life in a Kingwood hospital after being viciously attacked by dogs for several minutes last Thursday in Huffman.

Maria Castillo said she is concerned for her brother-in-law who is now in critical condition.

Castillo said the attack comes on the heels of another recent incident just last month involving one dog. However, this time it was three dogs that took Vasquez down, according to witnesses.

Calvin Stoy said he was the first to scare the dogs off of Vasquez.

“His one leg was torn down to the bone,” said Stoy.

Castillo said parts of Vasquez’s feet had to be amputated.

Stoy knew the dogs because he said they lived right beside him.

“They’re pit bull mix. You can see the pit in all three of them,” said Stoy.

When Stoy got to Vasquez, he said he knew it was a dire situation.

“He was laying on his back and bleeding profusely,” said Stoy.

Now, as Vasquez fights for his life, Stoy has a message for others.

“If you’re going to have pit bulls and stuff, you need to keep them up, they can turn in a moment.”

The dogs, according to neighbors, were taken away by officials following the incident.

One of those neighbors told KPRC 2 Investigates that the bus stop had to be moved from the intersection where the dogs lived because they had intimidated and chased kids in the past.