Is Vienna a dog friendly city? What do you think? 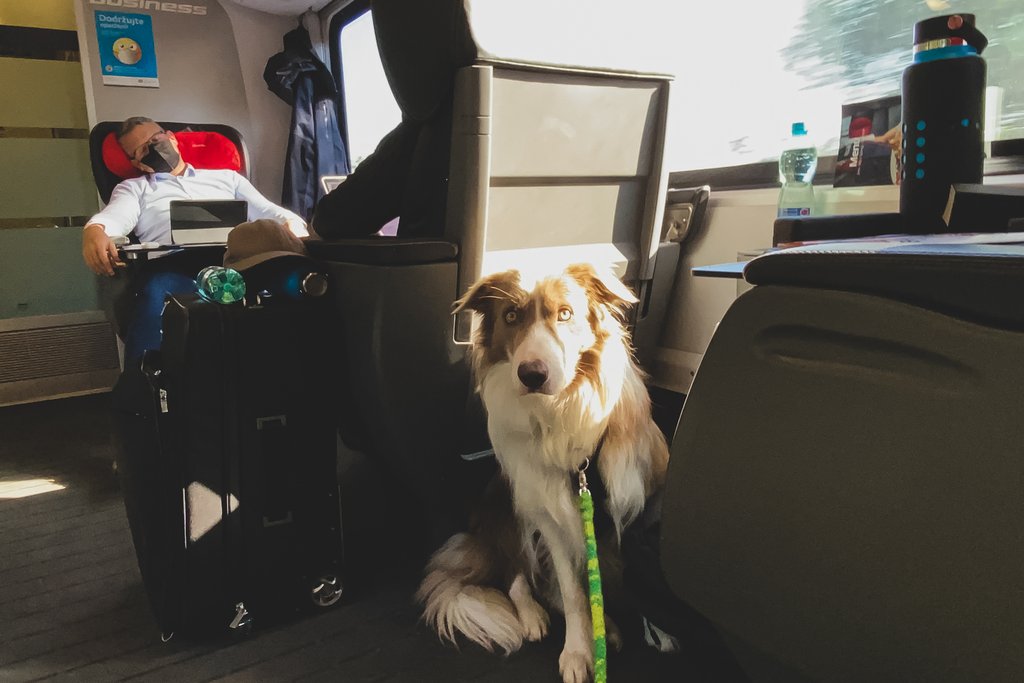 A report from Pax’s train trip to the Austrian capitol

Can I ask you one favour? In order to understand what I would like to share with you, please watch the video below, it is a 10 minute time-lapse of the evolution of the universe. I believe it will put everything into the perspective needed for you to grasp the content in full depth.

How do you feel about the world after you have watched the video?

Does the world and life seem more miraculous to you? Has your perspective on some of the problems you have been dealing with changed? Perhaps you have a greater sense of appreciation for being alive and there is an extra spark of happiness tickling your heart.

If so, consider yourself doubly lucky! Firstly, for the fact you were born and are still alive, and secondly, that you are able to perceive the miracle of life with greater appreciation and awareness than most.

A few weeks ago, I read an article in a magazine that provided me with a clear explanation of what I kind of knew already, but never was able to see confirmation of. Changing our environment, getting ourselves out of our comfort zone, and encountering other cultures, is beneficial for our brain and slowing down the aging process.

This was one reason why my partner and I decided to take a train trip to Vienna, and the other reason is my endless curiosity for seeing how people and their dogs live in different parts of the world.

We got up at sunrise to take the streetcar straight to the central railway station in Prague. The train was already waiting, and for the mere price of a greyhound ticket, we settled into comfortable chairs with plenty of space around us. The interesting part of the RailJet trains is that business class is actually nicer and roomier than first, and in comparison with Canadian and American trains, it’s cheap!

The countryside on the way from Prague to Vienna was very mellow. Rolling hills, mixed forest, and rivers gently meandered through the landscape. Five hours later, we arrived in Vienna at the main train station, the “Hauptbahnhof.”

Modern and spacious, built of glass, cement and metal, we were thrown into the universe of Viennese cafes and “real” schnitzels (I have not eaten meat for some time now, but I do remember how tasty they were!). The hotel we chose had highly rated reviews, it was not too cheap but not too expensive, and  it was near one of the main parks, which is important as we always try to be close to parks for Pax.

When we arrived at the park, looking forward to letting Pax off-leash, we soon realized that the park was cluttered with “No Dogs” signs, the only exception being a narrow cemented pathway on one side of the canal. No dogs period! Not on leash, not off leash, just no dogs!

Following along the narrow dog zone pathway we arrived at the Donau river (the Danube). Sadly, the banks of the river walls were covered with graffiti, with very little grass or space for Pax to run around.

In the second part of the day, we decided to go to the Prater, Vienna’s largest park. Once again, we experienced countless “No Dogs” signs, and were relieved to have found one dog zone where dogs were allowed off leash. The sightseeing around Vienna was interesting. We stopped by the Opera house, walked by palaces and fountains that Pax enjoyed very much. There were fewer dogs in Vienna than what I see when in Vancouver or Prague. On a scale of 1-10 of people being welcoming or afraid of dogs, I would give Vienna a five. We encountered some people who were friendly and engaging, and some who were frightened. It may be because Austria has a relatively high number of residents who were born in countries where dogs are feared. I see the same contrast in Vancouver, and not so much in Prague, which is in my opinion the most dog friendly city I have encountered in Europe so far.

We also took a ride on the Viennese metro and street cars. Some of them are rather vintage and cool looking, but the rail span is narrower than in most other cities and that applies to the metro too. This makes the cars smaller and less comfortable.

The good news is that dogs are allowed on transit, the same as they are in all European cities.

The verdict for Vienna:

Overall, Vienna is grand, clean and well organized. It is a busy city with tons to do, yet it does feel much more hectic than, for example, Prague or Florence.

The greatest upside is the fact that dogs are respected and generally liked.

The greatest downside are the “No Dogs” signs in most parks.

Now, going back to the video I asked you to watch just a few minutes ago.

We humans often forget to enjoy the marvels of this world, and the miracle of life. Instead we focus on things that are, in the grand scheme of things, very much insignificant.

I asked you to watch the video for another reason, I  wanted to juxtapose the petty efforts of bureaucrats to limit and restrict our lives, against the miracles and dimensions of the universe where everything happens as it should, without any control, signs, or bureaucracy.

Could it be our human insecurity and feeling of universal inferiority that makes us feel compelled to control the world we live in?

My experience is that the less policing and fewer restrictions we have, the more our society settles into a peaceful order. Happy people are kind and respectful, and happy well-socialized dogs are less likely to be neurotic and aggressive. Some people may object that regulations and restrictions are necessary to avoid incidents. Incidents happen in all parts of life; driving, walking, playing, and in life in general, and I dare to say that they happen more often in places that are restrictive and punitive because people and dogs are less used to interaction.

The paradox is that the countries, who have labelled themselves as long-standing progressive democracies, and beacons of freedom, now seem to be much more prone to restrictions and regulations that decrease our quality of life. This seems to apply to Vienna from a dog lovers’ point of view.

I propose that we all spend more time being awed by the miracle of life and the universe, and less time trying to control other peoples’ lives.

What do you think? I am looking forward to your feedback.