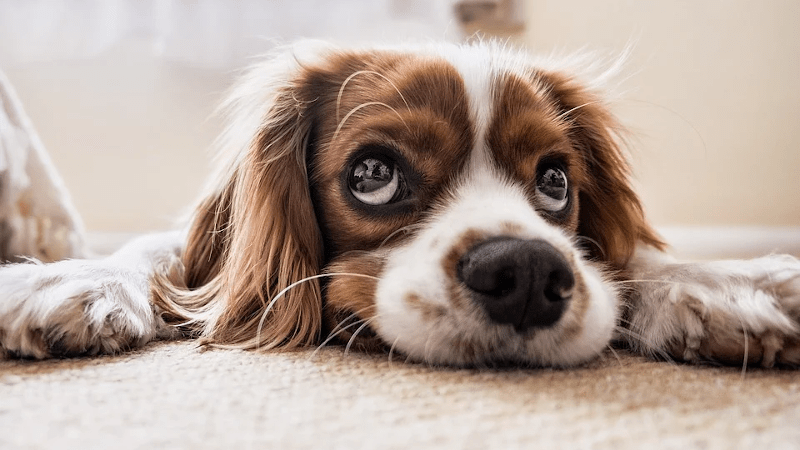 (RFE/RL) — Iran’s parliament is floating legislation that would ban most household pets in the name of protecting the country from the dangerous influence of “unclean” animals.

Under the bill on the “protection of public rights against dangerous and harmful animals,” prepared by hard-line conservative lawmakers on November 17, Iranians would be barred from owning, breeding, and transporting dogs, cats, rabbits, and other common pets.

The keeping of “wild animals” such as snakes, lizards, crocodiles, mice, monkeys, donkeys, and turtles would also be barred if the legislation is approved, and violators would be subject to heavy penalties.

Payam Mohebi, a senior member of Iran’s Society of Veterinarians, scoffed at the idea of such a varied list of animals being bunched together. “Definitely, in my view as a vet, a rabbit, a mouse, a crocodile, a dog, a cat, and a turtle cannot be classified in the same category in terms of being dangerous,” he told RFE/RL’s Radio Farda on November 18.

“Danger in what sense?” he asked, noting that in the case of exotic pets, such as crocodiles, certain health protocols are in place.

The authorities have attempted to introduce similar restrictions against household animals in recent years as the ownership of dogs and other pets has become more popular despite the clerical establishment’s arguments that keeping them inside homes is unhygienic and un-Islamic. Instances of people being attacked by stray dogs have also fueled calls for restrictions.

But while previous attempts to curtail pet ownership through local bans on dog walking and transportation have largely failed or met resistance, the latest proposal would be nationwide and comes as hard-liners increase their influence following the election of ultraconservative President Ebrahim Raisi in June.

Under the proposed legislation drafted by 75 hard-liners in the 290-seat parliament, Iranians caught possessing such pets three months after the passage of the bill into law would be subject to the confiscation of their animals and fines of 10 to 30 times the official monthly minimum wage. At the current rate, that could mean payouts of about $1,300 to $3,900.

Landlords who fail to enforce the rules for their tenants would be subjected to the same fine and law enforcement would be obliged to investigate neighbors’ complaints of violations.

The proposed amendments to the existing Penal Code would also bar Iranians from walking their pets, and those caught transporting them would face fines and the confiscation of their vehicles.

Personal exemptions are possible for villagers, nomads, and herdsmen who require dogs for their livelihood or to guard property, upon approval by local municipal and provincial committees composed of members of law enforcement, health departments, veterinary associations, and the government.

Organizations including universities and laboratories would be allowed to keep the animals in question for the purpose of scientific research.

Mohebi cast doubt on the thinking that went into the bill. “No scientific expertise has gone into this legislation,” he said. “There has been no consultation with Iran’s Society of Veterinarians. I’m doubtful whether any vet was consulted.”

It is not known when the proposed legislation will be considered.

Dog ownership has been a hot-button issue in Iran since the 1979 Islamic Revolution, with the establishment viewing the practice as “morally depraved” and a sign of Western influence.

In recent years, dog ownership has become more popular, however, particularly among young people and the affluent, who see their toy dogs as a status symbol.

The trend has raised the ire of hard-liners in the country, particularly in Tehran, where city authorities banned dogs from city parks and streets this summer following pressure from conservatives.

Mohammad Hossein Hamidi, the chief of the capital’s traffic police, also announced in July that officers would crack down on uncaged dogs in vehicles, saying they were a distraction to drivers. Society should “try to establish an Islamic way of life,” he explained, adding that “dog breeding causes fear and panic” among the public.

High-ranking officials have also weighed in, with chief prosecutor Mohammad Jafar Montazeri saying that Iranian culture should contradict what he described as the “degenerate culture of the West,” including its love of dogs. Calling dogs an “unclean animal,” Montazeri said they “should not be part of Muslims’ lives.”

In 2007, Tehran clamped down on dogs by placing animals in pounds even in cases where they were accompanied on walks by their owners.

In 2014, lawmakers proposed legislation that would punish people walking their dogs in public with 74 lashes, the confiscations of the animal, and a fine of more than $3,500, although the measure did not pass.

That bill also targeted monkeys and called for confiscated animals to be transferred to a “zoo, forest, or desert” and for “the promotion of dog walking” by the media to be criminalized.

The current draft legislation does not mention what might happen to the animals it targets, but the authorities’ past treatment of stray animals has prompted outcry from citizens and animal-rights advocates alike.

Graphic examples of animal cruelty posted on social media in recent years — including one in which stray dogs in a Tehran suburb are seen dying in agony after being injected with an unknown substance and another in which a hunter is seen beating his dog — led to protests in Iranian cities, including Tehran.

Such efforts, including an online campaign calling for legislation to prevent animal abuse, were rewarded with a draft law calling for the torture and harassment of animals to be banned.

In June, the bill was passed by parliament after years of deliberation.