Robert Russell: We have gone to the dogs – Shreveport Times 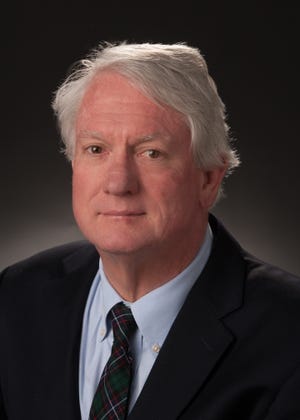 Recently on CBS Mornings, host Tony Dokoupil, presented a story about dogs. An experiment aimed to see if dogs could distinguish between their owner’s native tongue and a foreign language. The experiment used brain scan technology, and sure enough, different parts of their brains activated based on whether they were familiar with the spoken language or not.

Dogs are man’s best friend, or so they say. According to James Gorman, of the New York Times Magazine of October 4, 2021, “all dogs are descended from the first dogs, just as all humans can trace their ancestry to the first Homo sapiens.” Thus, none of us, or our dogs, have a more ancient ancestry than any other. Breeding led some dogs to be big and black, some small and white, some are strong, and some run fast.

Dogs were prized early on for their sense of smell, and with proper husbandry, they developed the genetics and physiology to make them sniffing machines.

Dogs have genes that improve olfactory ability, and more olfactory nerve cells than humans do. In addition, for centuries now, the Gentry have taken advantage of this intense sense of smell and sharp vision, to hunt prey and search for specialty items like truffles.

Today law enforcement uses dogs to locate drugs, like marijuana. Dogs have absolutely no interest in drugs, but they do enjoy games with a handler. Their training has led them to associate a toy, with the scent of various drugs. Trainers play a vigorous game of tug-of-war with dogs and a favorite towel. To begin the training, they play with a carefully washed unscented towel.

Later play involves a target substance hidden inside the towel. After playing, the dog starts to recognize that as that of his favorite toy. The trainer hides the towel, with the drugs, in typical places, and with the odor identified, he points, to get at the toy. The reward is a game of tug-of-war. Commercially the wine industry is working with dogs to identify spoiled corks and wines with various chemical compounds. They can even detect flaws in the oak barrels and corks, which lead to faults like TCA, VA, and Brett. In another use, a wine festival recently used dogs to sense attendees infected with COVID-19.

Dogs can detect many human diseases. This learning and evolving are not just improving animal skills; they can save lives.

Through human evolution, male eyes are sensitive visually to small details and moving objects, while women are more aware of color changes, according to a vision study, in The Journal of Biology and Sex Differences, referenced in this column a few years ago, noting that women see things differently.  Women seem to have a superior tasting and visual skills, on average, to those of men. Since the genes of retinal cone cells are responsible for color perception, they are located on the X-chromosome, and women have two X-chromosomes-this all makes sense.

Secondly, the literature finds that in most cases females had better sensitivity, and discriminated and categorized odors better than males, as this writer can personally attest. Ancient humans lived as hunter-gatherers. Men predominately were the hunters while women were gatherers. Being a successful hunter does not require being good at smelling and tasting, but being, a successful gatherer of plant-based foods does. If you gather fruits and seeds, you need to be good at discriminating poisonous or spoiled foods, from nonpoisonous or fresh ones. Thus, men that did not hunt well, and women that did not taste and smell well, evolutionarily eliminated from the herd.

According to Mia Rozenbaum, at Understanding Animal Research, “Dogs have about 220 million scent receptors – humans only have 5 million. Dogs have smell receptors 10,000 times more accurate than humans,” she notes “their nose is powerful enough to detect substances at concentrations of one part per trillion – a single drop of liquid in 20 Olympic-size swimming pools.” Dogs can detect cancer by smell, and sniff out a variety of types including skin cancer, breast cancer and bladder cancer using samples from known cancer patients, and people without cancer.

Besides cancer and malaria, dogs can also detect Parkinson’s disease, with a myriad of other studies now underway. Perhaps dogs may soon be the winemaker’s best friend, or so this writer says.