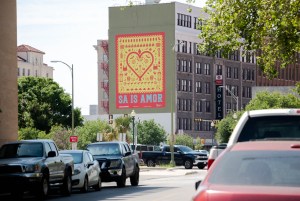 The story of San Antonio is impossible to tell without telling the story of our dogs. They are present for each step of our journey, being the simultaneous joys and nuisances that they tend to be.

Throughout this story of San Antonio and our dogs, we find that when dogs suffer, so do we. And when dogs do better, so do we. The way dogs treat us is entirely dependent on how we treat dogs. Indeed, we treat San Antonio’s dogs better than we ever have, but our story requires much healing.

Let’s look at the big picture. About 300,000 years ago, canids inhabited North America. Indigenous peoples inhabited this land with domesticated dogs about 10,000 years ago. Today, our natural, rural, urban and suburban environments sustain canids, and so dogs have been and will always be main characters in our city’s story.

At times, the story goes dark. In 1840, Jose Antonio Navarro raised an ordinance against the dogs of the city.” The ordinance not only required all owners to license and pay taxes on their dogs, but it also paid constables to shoot all unlicensed dogs — 25 cents for males and 50 cents for females. The ordinance passed.

Navarro was dealing with a public nuisance. Dogs ran rampant in San Antonio as they always had. In his 1849 painting called “West Side Main Plaza,” William G. M. Samuel painted seven loose dogs in what appears to be a typical afternoon in San Antonio. Notably, two of the dogs are seen fighting while a man and two others dogs watch on. By the end of the 1800s, the city pound was operational, and then, the story took a darker turn.

By the early 20th century, the city was euthanizing thousands of dogs a year with an old automobile engine. By the 1960s, the pound was selling dogs to research institutes for medical experiments despite protests by residents. By 1969, a leash law required residents who lacked fences to tether their dogs to their property, indefinitely.

But, in the darkness, there were moments of light. In the 1930s, the city had a community dog license to keep the dogcatcher from picking up beloved street dogs. In the 1940s, local dogs were enlisted in the military as part of the war effort. Also, in the ’40s, an early chapter of the Animal Defense League was operating on Brady Boulevard. By the 1960s, San Antonio, which was once known as the rabies capital of the United States, had implemented a successful vaccination program. By the 2000s, a city that euthanized thousands upon thousands of dogs per year, raised its release rate to 90% and above.

Today, we are in a chapter in which we are slowly finding the light, and we are being asked a question that sics a modern city against our sense of humanity: Are dogs antagonists or protagonists?

When dogs are antagonists, we act as if they are in the way of our goals. We tether and cage them. We make them fight each other. We let them multiply until their population becomes unsustainable. We neglect them until they perceive any stimulus as a threat. We let them run rampant, allowing their fates to guide them toward destruction.

However, when dogs are protagonists, our story gets brighter. People who are afflicted by emotional distress can find respite in their companionship. K9s find drugs and guns, and our streets become safer. Children learn to become caring adults by nurturing living things. Families lead fulfilling lives, and dogs prosper with them.

We can and should become the champions for our friends whose voice is just a bark and whose history is intertwined with ours. We must tell our public officials and our neighbors to choose the story in which dogs are our protagonists because a story that ignores its most loyal characters is no story at all.

Ordinances alone do not change the story for the better — some even make things worse. For meaningful change, we must consider bigger policy reforms. Such reforms entail getting dogs off tethers, spaying and neutering dogs sooner than later, and educating residents as to what proper care for a dog means. Through policies that promote animal welfare, we are ultimately promoting a better quality of human life in San Antonio, and that’s a story worth telling — and work worth doing.