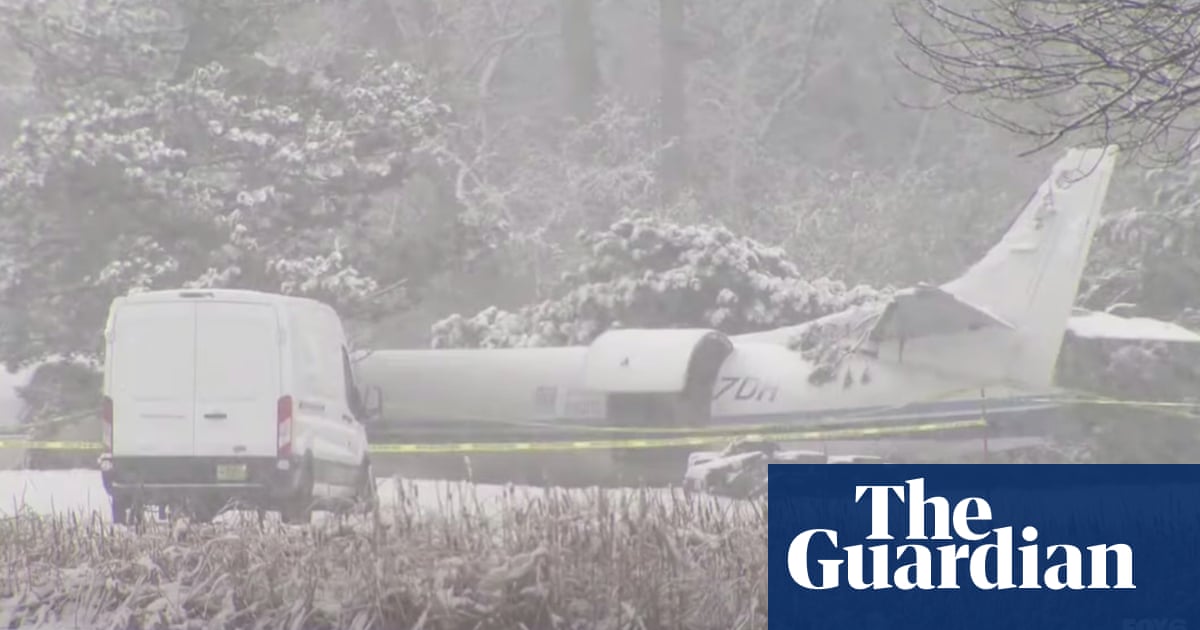 A plane carrying dozens of adoptable dogs crashed on to a snowy Wisconsin golf course – and the dogs all survived.

On Tuesday, the aircraft, which was transporting 53 dogs at-risk adoptable dogs from New Orleans to various shelters, made an emergency landing on the Western Lakes golf course in Pewaukee, about 40 minutes outside of Milwaukee, reported WTMJ-TV Milwaukee.

All the dogs, and the three people on board, sustained injuries but none were life-threatening.

“I think we were all unsure about what we were going to be arriving to but very grateful that everyone is safe,” said Maggie Tate-Techtmann, the director of organizational development at Human Animal Welfare Society in Waukesha County.

All the dogs are now under veterinarian supervision, said the Human Animal Welfare Society.

The plane was badly damaged after plowing through stands of trees on the course. The wings were entirely stripped off, and almost 300 gallons of fuel was spilled.

It is unclear what caused the plane to come down. The crash is under investigation by the National Transportation Safety Board and Federal Aviation Administration.

First responders arrived at 9am central time after workers from the golf course had already jumped in to help the people and dogs escape the wreck.

“This was a relatively catastrophic landing where they went through trees,” said Matthew Haerter of Lake Country Fire and Rescue.

Haerter added: “The pilot and his co-pilot did an amazing job getting this aircraft on the ground that they did.”

Tate-Techtmann said the adoption of the dogs should continue as scheduled, but that the financial resources of the Welfare Society had been stretched to help care for the pets. It has started a fundraiser to cover medical expenses and additional supplies for the animals.