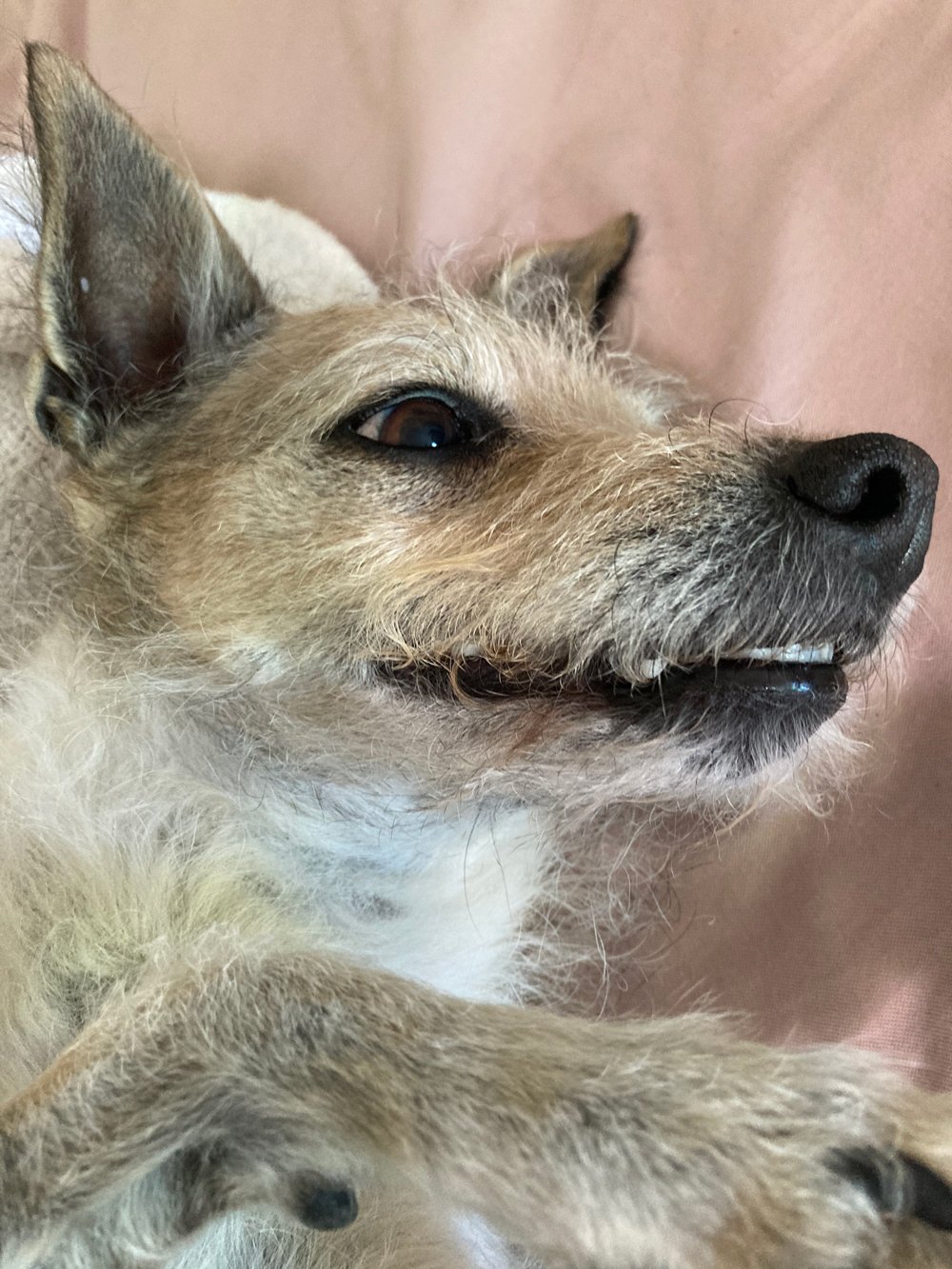 Adoption story: Henry was adopted from a local organization that used a small dog rescue network to transport dogs from Southern California to other parts of the country. We picked Henry out from a picture, and he was driven up to Oregon in a truck equipped to humanely carry dogs in individual crates. About 6 months after he arrived, we realized he wasn’t the dog we chose in the picture! But we were in love with him by then and never looked back. Though we do continue to laugh about this “switched at birth” story.

Henry loves tiny cookies, his dog pal Herbert, and a good scratching behind his right ear. His favorite treats are small pieces of minty toothbrush “bones.” He will swat them around, bury them in his bed, or throw them while growling as if they were alive. Henry adores being carried from bed in the morning to the kitchen for his breakfast. He waits in bed until he’s picked up.