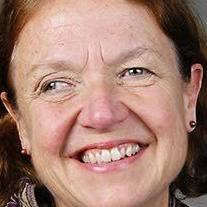 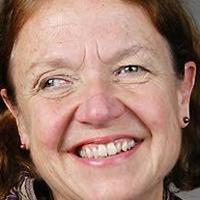 The Westminster Kennel Club dog show starts today and is always a good time to take a close look at those top-of-their-breed canines and compare them to that mutt over there in the corner chewing up your slippers.

Actually, in spite of the disparities, few of us would ever trade our own pooches for one of those well-trained, excellently displayed dogs in the annual dog show. It would be like somebody offering to let you trade in your old cigar-smoking, beer-swilling spouse for some attractive and rich movie star. Would you do it?

I love to watch the Westminster show but I always wonder how they get those dogs to behave so well in front of a crowd and especially among all those other dogs. I’ve never seen a dog fight at the Westminster show, at least among the dogs. The trainers are a different story.

And that’s amazing. My own two dogs, Lilly and Zeus, are friendly enough to people and pets, but whenever a new dog comes around they always want to establish their hierarchy. The new dog must submit to his behind being sniffed and barked at a few times. And then, if the newcomer passes the entrance exam, they’re all friends.

I’ve never seen a dog at the Westminster show display any interest in another dog’s private parts. Although, being dogs, they don’t really have parts that are private. I remember what comedian Jim Stafford once said about animals:

Dogs don’t care who sees what they do. If they can do it, you can watch. Cats, on the other hand, are like Methodists. You can hear them carrying on but you never can catch them at it.

Westminster is also a good time to learn about different breeds and what are the most popular with the dog-owning public. This year, two newly recognized breeds will make their debut at the dog show. One is a medium-sized Hungarian farm dog called a Mudi. This herding dog is said to be courageous, alert and intelligent.

The second breed is the Russian toy, a favorite breed of the Russian aristocracy that is elegant, athletic and cheerful.

Time will tell if these two breeds become commonplace around our neighborhoods. In the meantime, I’m just waiting for the day when cranky, overweight dachshunds and hyper-shedding German shepherds can finally have their day on the green carpet. They will always be champions to me.