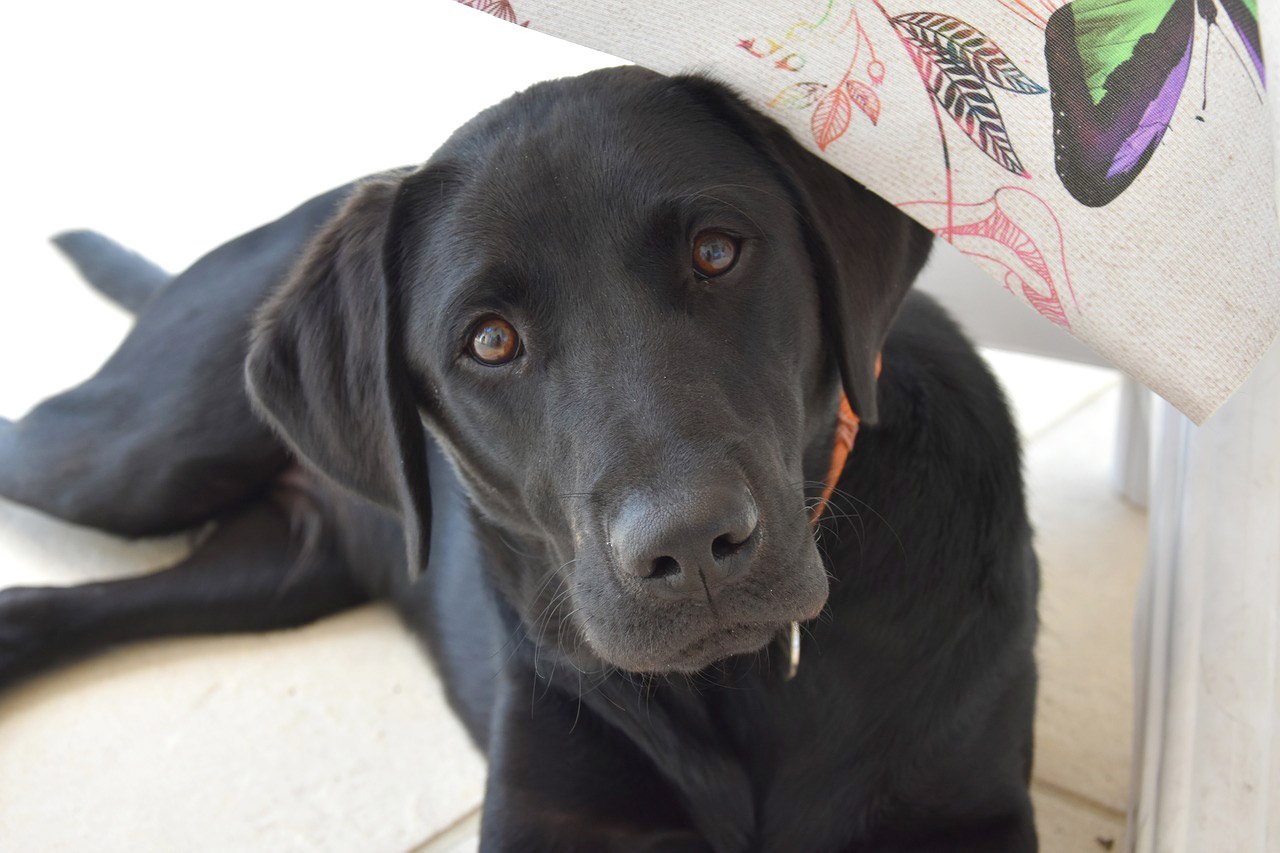 It’s not the kind of coincidence Mrs. Chavez welcomed. The Houston-area mother was preparing for her son Landon’s 13th birthday when she noticed an ant infestation in the family’s back yard. Although they have a regular exterminator, they decided to treat the area with an over-the-counter ant poison that contains a chemical which can cause neurologic signs in some dogs.

“We were getting ready for my son Landon’s birthday party, and we saw that there were a bunch of ants in the back yard,” explained Chavez. “We spread some lawn insect killer granules on the yard and wet it down per instruction, but we must have missed some of it. We don’t know how it happened, but somehow Landon’s service dog Numa must have ingested some of the dry granules. That evening when she was in her kennel she started barking, which she is trained not to do. After about the fourth bark, my daughter checked on her and she was shaking and was really stiff. We drove straight to the emergency clinic.”

Chavez’s son is on multiple medications for his seizures, so the veterinary hospital team initially investigated the possibility that Numa ingested some of Landon’s medication. According to Chavez, however, that was extremely unlikely.  “We have a really controlled system for Landon’s medications,” she said.

Once access to human medication was ruled unlikely, the next step was to determine the ingredients of the insect killer that they had spread on the yard. It turns out the product contains bifenthrin, a pyrethroid insecticide applied to lawns to kill insects. Although most over the counter pyrethroid-based insecticides are considered safe around dogs, bifenthrin can cause tremors and seizures if a large amount is ingested. Pet Poison Helpline has recorded similar cases, especially in the southern United States, where bifenthrin granules were applied for fire ant control and dogs had similar reactions, so this seemed like a potential cause of Numa’s symptoms.

“Since September is National Service Dog Month, we thought it was a perfect opportunity to highlight a unique case involving a service dog who assists a child with seizures,” said Dr. Ahna Brutlag, a board-certified veterinary toxicologist at Pet Poison Helpline. “In an unusual coincidence, the ant poison that Landon’s dog Numa may have ingested was the possible cause of her seizures. Because of the hard work performed by the veterinary professionals who treated her, however, this story has a happy ending.”

When Numa arrived at Pearland 288 Animal Emergency Clinic, the staff immediately treated her with medications to help control the tremors and seizures. Her seizures became more severe and frequent, so they also administered an anti-convulsant called phenobarbital. After discussing the situation with the toxicology experts at Pet Poison Helpline, the clinic team administered propofol, an anesthetic medication, to control central nervous system (CNS) activity. Once they determined the ingredients of the insect poison, the Helpline team also recommended an anti-nausea medication, IV fluids, an abdominal radiograph to monitor transit of the poison and a warm saline enema to remove the product from the colon. The clinic is not a 24-hour facility, but the team supporting Numa monitored her continuously for several days.

“The clinic staff are the real heroes here,” said Chavez. “Numa was too sick for me to take home, so they kept her at the facility. They really went above and beyond, and Numa is living her best life because of what they did. I’d specifically like to thank Dr. VanDyke and Mandy Whitaker from Pearland 288 Animal Emergency Clinic for their efforts. I’m so beyond grateful.”