What They Aren’t Telling You About Hypoallergenic Dogs – The Atlantic 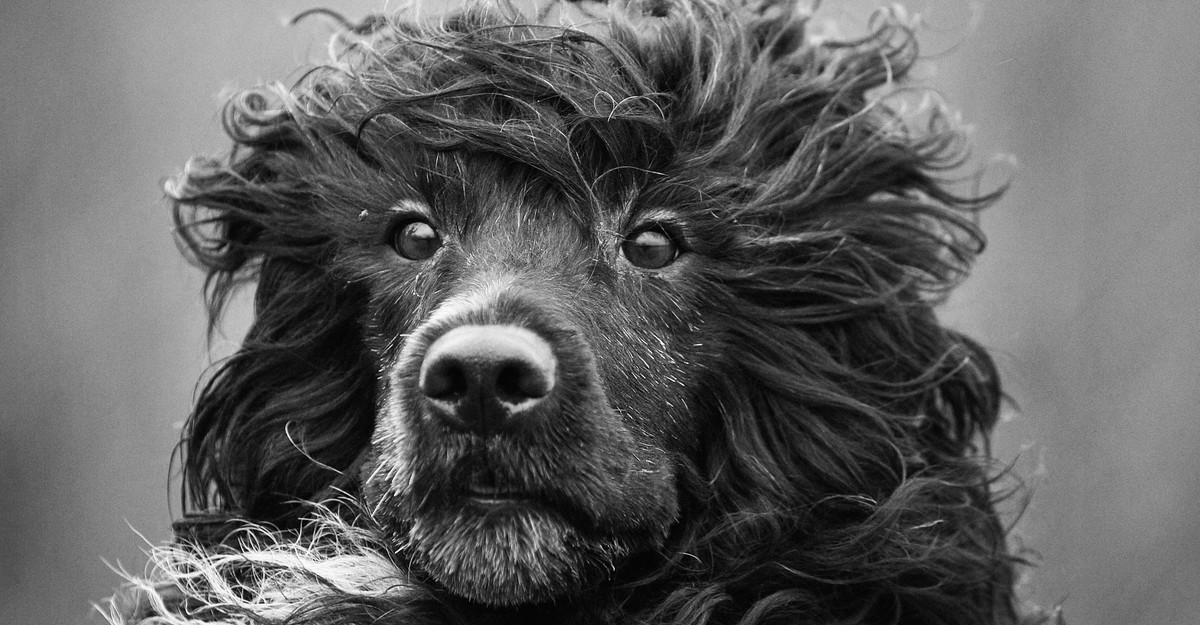 As someone with dog allergies who nevertheless has been around many dogs as a trainer, a fosterer, and an owner, Candice has learned not to trust the promise of a “hypoallergenic” dog. She’s met low-shedding, hypoallergenic poodles and Portuguese water dogs that supposedly shouldn’t trigger her allergies yet very much did. But she has also met fluffy, longhaired breeds such as huskies and spitzes that set off nary a sneeze. “I’ve had more misery with short-haired dogs,” she told me. That includes her own Belgian Malinois, Fiore, with whom her symptoms got so bad that she started allergy shots. Fiore’s equally furry full sister Fernando, though? Totally fine. No reaction!

“There’s really, truly no completely, 100 percent hypoallergenic dog. Even hairless dogs can make the allergen,” says John James, a spokesperson for the Asthma and Allergy Foundation of America. “It’s really a marketing term,” says David Stukus, an allergist at Nationwide Children’s Hospital and a member of AAFA’s Medical Scientific Council. When I asked several allergists around the country if perplexed owners ever come in allergic to their expensive, supposedly hypoallergenic dog, their answers were unequivocal: “All the time.” One of the biggest sources of misinformation on this topic is, in fact, a former U.S. president. “When President Obama was in office, they allegedly had a hypoallergenic dog because their daughter had allergies, and that didn’t help matters,” Stukus told me, referring to the Obamas’ first Portuguese water dog, Bo. “Everybody got Portuguese water dogs.”  And—surprise—they can still cause allergies.

Technically, hypoallergenic means that a dog is less likely to cause allergies, not that it never causes allergies, though this distinction is often lost in colloquial use. But even then, there is no such thing as a consistently hypoallergenic breed. That’s because, although breeds that shed less fur or hair are commonly considered hypoallergenic, the fur or hair itself is not what causes allergies. Rather, it is proteins present in the dander, or small flakes of skin, or saliva. All dogs make these proteins, and all dogs have skin and saliva.

It is true, though, that a person might find one dog less allergenic than another. The studies that couldn’t find a clear pattern of lower allergens in hypoallergenic breeds did find differences among individual dogs of the same breed. And a smaller dog is generally going to shed less dander than a big one. On size alone, “it does make sense that a chihuahua is less problematic than a Great Dane,” says Richard Lockey, an allergist at the University of South Florida. Dogs also make a whole suite of proteins that can cause allergies. The best known is Can f 1, although there are seven others. Some people might be more allergic to one of these proteins than another; some dogs might make more of one of these proteins than another. Whether a particular human actually ends up allergic to a particular dog depends on these details—and can’t be predicted from the breed alone. For this reason, doctors recommend that anyone with allergies spend time with a specific dog before taking it home. “I literally say, ‘Have your child hug them, rub their face on them.’ If nothing happens, that’s a good sign,” Stukus said.

People who are allergic can also develop tolerance to a specific dog over time. Candice, for example, eventually developed a tolerance to her German-shepherd mix, Tesla, despite getting all watery-eyed and sneezy at first. In addition, allergy shots, also called immunotherapy, can help people build up tolerance by gradually increasing exposure to an allergen; Candice eventually resorted to them with Fiore. The inverse of this principle explains the Thanksgiving effect, where people who leave for college come home suddenly allergic to their childhood pet after not being exposed for a long time.

Nasal steroid sprays and antihistamines such as Claritin and Allegra, which are available over the counter, can also be used to manage allergies these days. That wasn’t always the case, recalls Lockey, who began practicing medicine in the 1960s. Back then, there weren’t good medications for controlling allergies, and he would just tell patients to keep their pets outdoors. “That just doesn’t go anymore,” he told me. Now few dogs are kept exclusively outdoors, especially in cities. They sleep in our homes and even our beds. As dogs have become physically enmeshed in our lives, dog allergies can no longer be as easily ignored as when the animals lived outside.

The myth of an allergy-free dog persists, though, and Stukus often sees this frustration play out in families with allergic kids. “This is the point that I hear all the time from families: It’s the grandparents,” he told me. Parents might quickly discover that their kids are allergic to “hypoallergenic” dogs. But grandparents, eager for their grandkids to visit, push back because their expensive pet is supposed to be hypoallergenic—“The Obamas had the same dog. It’s fine!”—only for the kids to end up coughing and miserable. He keeps hearing the same lament. “They just don’t understand,” the parents tell him, “that there’s no such thing as a hypoallergenic dog.”