Mirror, Mirror, On The Wall—Why Do I Look Just Like My Dog? 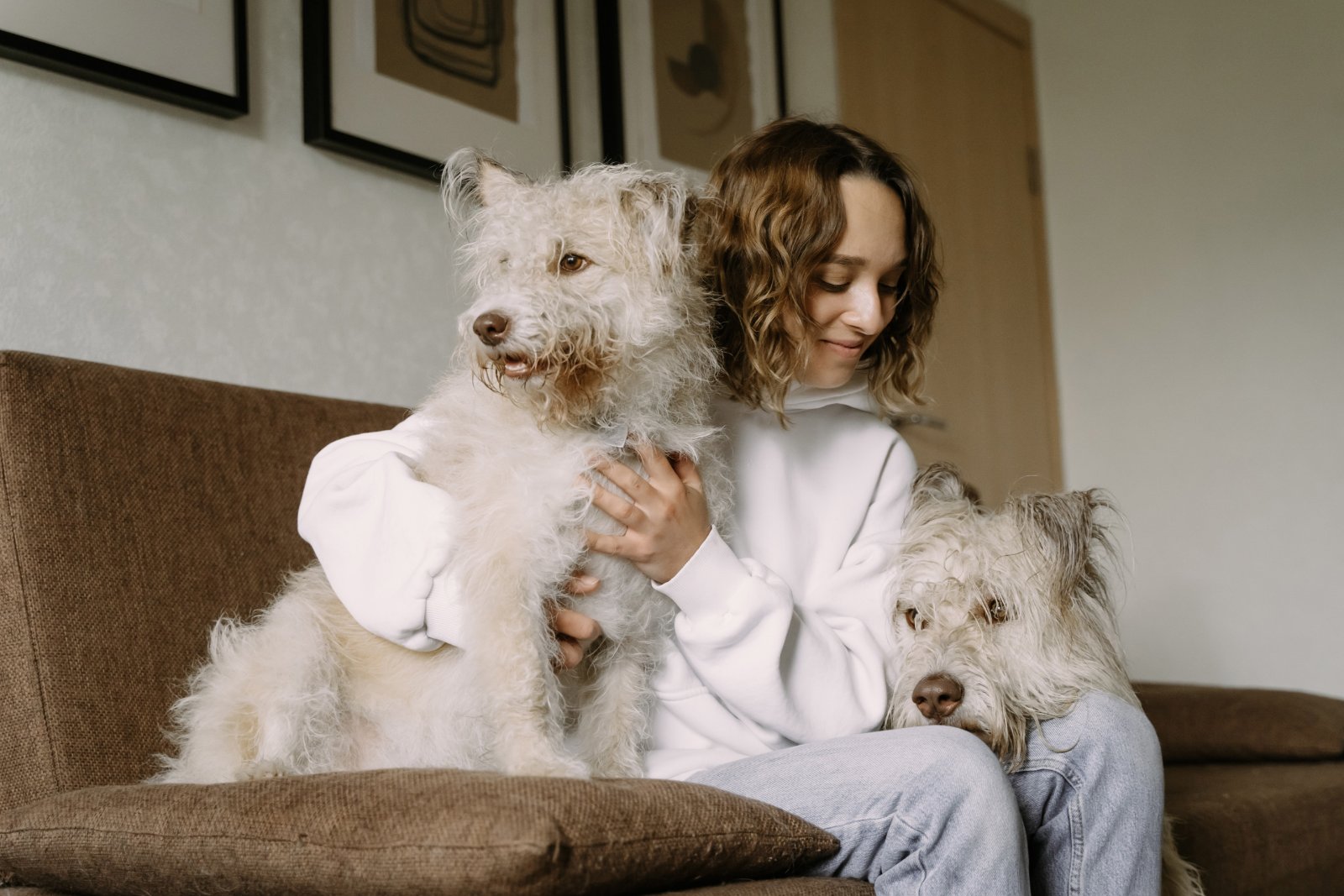 Have you ever walked past someone walking their dog and realized they look just like the dog? If the one park scene in Disney’s 101 Dalmatians movie didn’t convince you, it’s actually more common than you think. Even the HuffPost backed up the psychological science– humans consider companions in similarity to their own resemblances, which also goes for picking your dog. Working as a professional dog trainer for over 10 years at Paw & Order Dog Training, it’s something I’ve seen so often. It’s quite comical, actually, because a lot of pet parents don’t even realize it!

So why do pet parents look like their dogs?

For starters, people might do it on purpose. They want dogs that they can live well with and that will have similar lifestyles. If a person is physically active, having a dog that loves to nap all day probably won’t be very fulfilling for the human. It makes the most sense that prospecting pet parents would go for the dogs that want the same things– lots of walks, areas to run and play. The best way to form bonds and be good companions for each other is finding the one, or many, that will mesh well with their life.

Additionally, dogs have learned behaviors. Dogs who see their humans outside a lot, will also like to be outside. Similarly, dogs who see their people cuddle in bed all day will likely enjoy the same. It’s like monkey see, monkey do—but with dogs. That’s why with training, you want to teach them the right kind of behaviors. Behaviors like being loud can promote a lot of barking; or inconsistent routines can make training difficult because they’re not seeing the consistent behavior from the parent, so why should they be consistent?

Some might have or connect with a dog they unconsciously are similar to. It’s a human construct to gravitate towards things that feel familiar and safe. Having similar physical characteristics or personalities can be comforting to pet parents, which can cause a natural inclination towards specific breeds. Shorter people might have Corgis or Dachshunds, and taller people might go for German Shepherds or Great Danes, just to name a few.

You might even be looking at your dog right now, wondering if you consciously or subconsciously picked a dog that looks just like you? An English photographer even captured great photos of humans that look identical to their dogs, highlighting the true bond between the two. Studies have shown that people with long hair might be more attracted to a dog that has long or droopy ears, and those who have short hair might choose a pup with perked ears. There could be hundreds of characteristics to justify why someone might choose one dog over another, but it really all comes down to feeling familiar and comfortable with your companion.

Even if a beloved pooch doesn’t physically look like their human, they can definitely act alike. Dogs are almost atmospherically absorbent, taking on our emotions and feelings. This is something I see every day in my training. Our furry companions can sense anxiety and fear, but also excitement and happiness, and they can adopt whatever humans emote. I recommend that my trainees always be mindful of their emotions when around their dogs. Especially as puppies, personalities develop and are shaped around their environment. This is a big reason therapy dogs exist. Have you ever noticed how a dog curls up to you when you’re crying? They understand human emotions and cues and have a natural inclination to help.

Just like any other family member, the apple doesn’t fall far from the tree. And who doesn’t want a little mini-me? Now, go enjoy looking at all the canine-human duos that you can’t unsee.