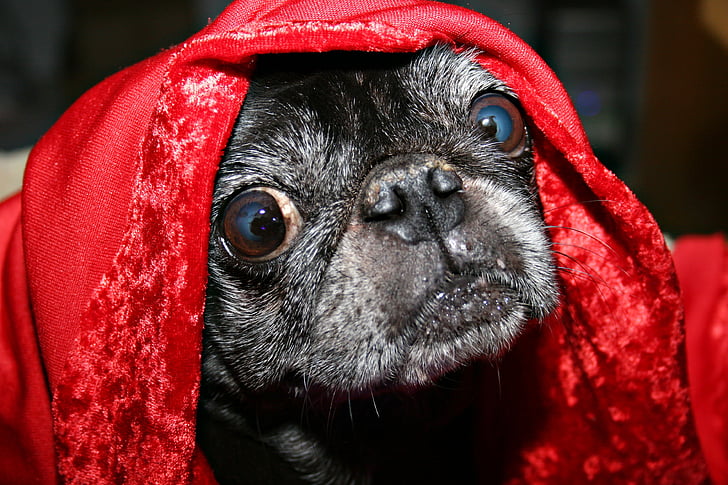 There is a medical condition in dogs that is known as paroxysmal respiration or commonly known as reverse sneezing. It is caused due to inflammation of the pharyngeal, nasal or sinus passages. It is a condition in which the dog pulls air in his nose but the air is rapidly pushed out through the nose with sneezing. During sneezing the dog tries to inhale producing a snorting sound. People might think that their dog is suffocating or having breathing problems. However, it is not a very harmful condition and gets over in a short time span.

1. How do I know that my dog is reverse swinging?

When dogs reverse swing, they normally stand with their neck and head extended, their lips are pulled back. In this condition, they forcefully inhale air. During this, there is a “snorting” sound that is produced. The whole condition lasts for about 10 to 15 seconds.

Normal sneezing is said to the expulsion of various unwanted particles from the nose. It results because of different environmental allergies such as sharp fragrance, pollen, smoke, dust, etc. dry sneezing involves air being forcefully expelled. On the contrary wet sneezing involves the discharge of fluids, blood, etc. along.

Reverse sneezing is a repeated inhalation and exhalation to remove allergens from the nasal passages. In this condition, the mouth is fully close to permit movement of air through the nose. During reverse sneezing you may witness some postural changes within your pet such as standing still,

neck and head extended, movement of the head in reverse, and contractions in the abdomen. Any of these postural changes are not seen in normal sneezing condition.

4. What to do if my dog reverse sneezes?

Firstly, it is very important to remain calm while your dog is reverse sneezing. If you will panic this can increase your dog’s anxiousness eventually worsening the reverse sneeze. It is advised to just hold your dog’s nostrils close together and massage its throat to calm it. If you start to blow lightly in his face it will help too by letting the dog swallow eventually stopping reverse sneeze. Try to take your dog outside or in fresh air followed by calming it verbally really helps. If your dog reverses sneezes for long, put your hand in his mouth and gently press its tongue. You need to be very gentle while doing this so that you don’t hurt your pet.

5. When to see a veterinarian?

Some pets experience episodes of reverse sneeze throughout their lives while there are some which develop it as they grow. There are certain dogs which are more likely to have reverse sneezing such as dogs with flat faces, or smaller breeds of dogs such as:

If the reverse sneezing episodes start suddenly and excessively or if you witness any discharge along with it or maybe a loss of appetite or any other abnormalities, it is recommended to visit a vet. The vet will examine your pet. One should be aware that any changes in the dog’s respiratory sound can be an indication of a big problem and needs to be evaluated. The following are some common breathing-related issues in our pets:

In both cats and dogs honking, coughing, runny eyes are signs of viral or bacterial infection.

Sometimes the breathing pipe collapses itself resulting in coughing and other breathing difficulties.

It is normally found in dogs with a short nose which has breathing issues because of their short airways.

Due to heart disease your dog can develop fluid in its lungs resulting in gasping and coughing.

6. Is reverse sneezing fatal for my dog?

7. Treatment of reverse sneezing in dogs:

You should pay close attention to why is your dog having reverse sneezing. Maybe after the cleaning which shows that it could be because of the chemicals left in the air as residue. Cigarettes are also a type of allergens and are cancer-causing for your pets. Little pups are sensitive to smell from candles even. It is recommended to use your pet-friendly aerosol cleaning agents. Whenever cleaning makes sue to keep your dog outside the room. Humidifiers are a good option for weather-related triggers.

Reverse sneezing does not require any specific medical treatment. It is advised by the veterinarians that if you witness such a condition in your pet, firstly do not panic and try to calm your dog by massaging its throat to stop the spasm. Infections can be treated by various antibiotics or other anti-allergic medicines prescribed by if the reverse sneezing is due to allergies.

Reverse sneezing is very common not to worry about conditions in dogs. There are few factors responsible for reverse sneezing in dogs like sharp fragrances, cleaning products that leave aroma throughout the house. Avoid smoking and use candles, air fresheners. Try to prevent your dog from inhaling allergens.

It normal and does not require any medical assistance provided if the underlying cause is different such as any heart disease, collapsing trachea, asthma, etc.