When do Puppies open their eyes? | When a dog first open eyes? 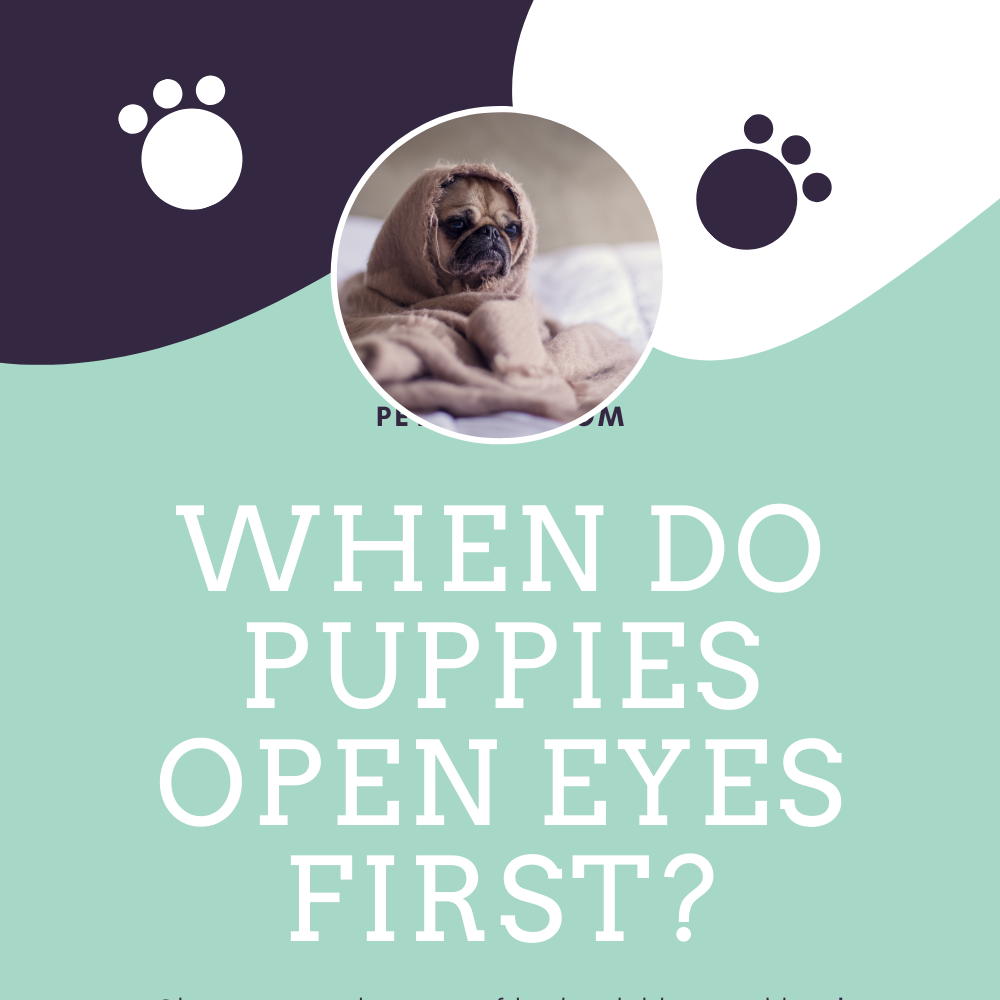 Puppies born after sixty-three days of gestation. They Begin to nurse almost immediately. At first, newborn puppies spend the large majority of their time spending in sleeping. Dog’s puppies born with a fully functional sense of smell. They have a very strong sense of smell. They can not open their eyes after birth. They are born with their eyes closed but they open their eyes first after two weeks of birth. A newborn puppy’s senses all develop rapidly. When puppies open their eyes after nine or twelve days their retinas are poorly developed and vision is not clear. Puppies can not see as adult dogs.

When you can touch a puppy after birth?

Once the newborn puppies become three weeks old, they will start to move around on their own. This is when you can start to pet them and give them more attention. You should pick up a newborn puppy if you noticed that it is ill and in case of orphaned puppies. Dogs develop very quickly after three months, especially after their eyes open and they will no longer dependent on their mother. Their strength and coordination improve gradually.

What happens if you open yourself puppies’ eyes?

Newborn puppies open their eyes around two weeks or more. The eyes are still in the developing phase that is why they remained closed. If you force a puppy to open its eye then it is an abuse and will likely in permanent damage. It can also cause blindness. So, you should wait until the puppy itself opens the eyes.

When does a puppy become social?

Dogs are highly social animals and spend most of their waking hours interacting with littermates or mother. Puppies become socialized with humans when they become eight or twelve weeks. The puppies develop social skills with humans.

When do puppies start walking?

As early as the newborn puppy’s eyes open, they began to mature. At the age of two weeks, they began to stand. when they become three weeks of age they will become more strong and start climbing. Now the age of maturity comes and by the age of four weeks, puppies start to walk, run, and play. A puppy that does not meet these basic milestones of the development process can lead to death.

Does a father puppy know his birth?

Actually, often male father dogs recognize his puppy by scent smell of familiarity. Most puppy dads do not even meet the puppies at birth time. So, they do not have a paternal bond as the mother have maternally. You can adapt them and make them comfortable as soon as possible.

When can I move puppies after born?

Newborn puppies can be moved as soon as early. They are best left in a secure quiet place with their mothers for as long as possible. If you want to move them and separate them from the mother dog then you can chill them quickly. You can move them with great care. The phases from open eyes to walk takes time. You must take care of a puppy until it opens the eyes first.

Puppies development from one to three weeks:

It is noticeable that a puppy can not walk after birth. He used to crawl around on their bellies. After fifteen to twenty days of birth, they will become able to walk. Puppies develop the ability to urinate on their own after two or three weeks of age. Puppies baby teeth will begin to come after two to four weeks of age.

The puppies get nourished by his mothers’ milk for the first three weeks. If you adopted a puppy then you feed them with puppy’s formula that can provide the necessary nutrients. After the development of teeth the puppy ready to become weaning. A good way to change the pup’s food to an adult dog is kibble. Use a warm formula to soften the kibble.

What happened if my puppy does not open eyes?

If your puppy does not open eyes at the age of fourteen days. You must take it seriously and ask a veterinary specialist. It is not a normal thing that your puppy is not opening eyes even after ten to fourteen days. Their eyes are sensitive and develop retina after birth. Make them comfortable but take care of them even if they do not open their eyes after the required age.

Dogs are adorable but raising them is a great responsibility. This new member of your family needs a lot of care and attention. You must make a time table for them to eat, play, and feeding. Wash your hands before picking up a newborn. Be sure the mother dog is trustworthy while you taking them on hand. You can make them comfortable by placing a hand gently. Give them extra time and feed them with hand sometimes. You will get closer when you take them outside. They used to play and walk with you.